Having recently done my first few Underwater Portrait Sessions, I thought it would be a good idea to share some of my lessons learned in order to help future clients prepare for their shoots as well as to give them an idea of what to expect. 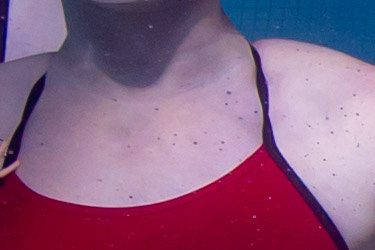 Don't fear the manatee,
it's just Dan the Merman

P.S.  Thanks to Calgary Aquabelles Synchro Mom Wendy Winder for the behind the scenes photos!